In 2015, The Mayor’s Office of Cultural Affairs (OCA) was the recipient of an “Imagine Your Parks” grant, a joint program between the National Park Service and the National Endowment for the Arts that honors and protects America’s national and cultural treasures.

The “Journey to Freedom” public art project Journey to Freedom: Women of the Civil Rights by Lynn Marshall Linnemeier incorporates photographs from Dr. Doris A. Derby, Shelia Turner and Susan Ross, and celebrates the contribution of women to the Civil Rights Movement past and present. The project seeks to honor the mothers, sisters and daughters of the movement by visually bridging the gap between generations and focusing on the continued commitment to social justice. The project uses wall murals and figurative silhouettes to honor both women in Atlanta, Georgia and the greater region of the south through a variety of photographs and symbolic motifs, including quilt styled designs.

The Freedom Park Pathway Mural Project will carry out the mission of the “Imagine Your Parks” program by creating a new experience to commemorate civil rights heroines in Atlanta, and our nation’s heritage. 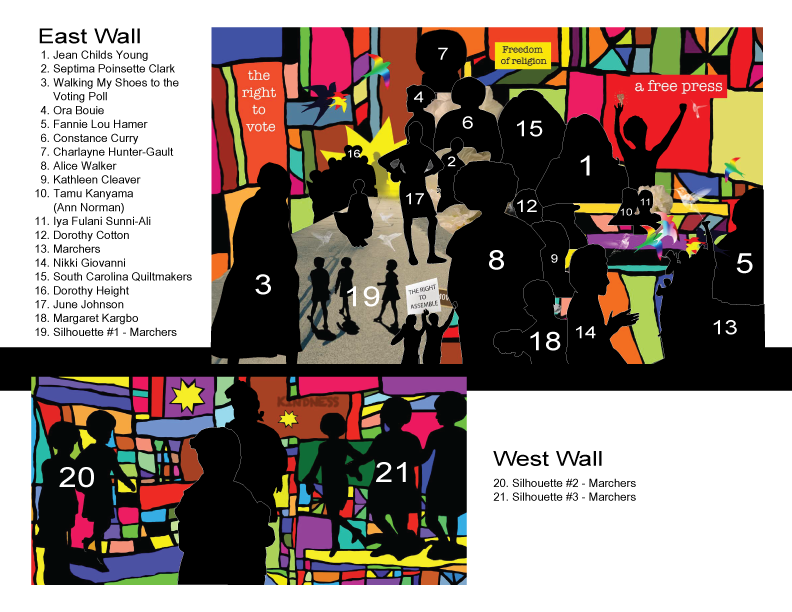 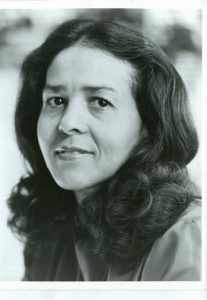 1. Jean Childs Young was the first lady of Atlanta during the mayoral terms of her husband, Andrew Young, in the 1980s and was known nationally and internationally as an educator and advocate for children’s rights. Young devoted much of her life to teaching and to promoting the benefits of education, especially literacy. She founded the Mayor’s Task Force on Public Education, which created several programs such as the Dream Jamboree and the Mayor’s Scholar Program. In Atlanta Young co-founded with Lucy Vance the Atlanta/Fulton Commission on Children and Youth, which sponsored the program “Kids 4 a Change.” She also served on the boards of several national and state organizations devoted to the well-being of children, including the Children’s Defense Fund and UNICEF. 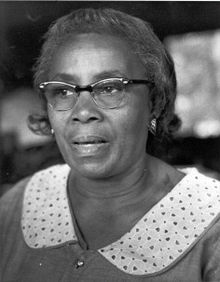 2. Septima Poinsette Clark was an American educator and civil rights activist. Clark developed the literacy and citizenship workshops that played an important role in the drive for voting rights and civil rights for African Americans in the American Civil Rights Movement.  Septima Clark’s work was commonly under-appreciated by Southern male activists. She became known as the “Queen mother” or “Grandmother” of the Civil Rights Movement in the United States. Martin Luther King, Jr. commonly referred to Clark as “The Mother of the Movement.” Clark’s argument for her position in the Civil Rights Movement was one that claimed “knowledge could empower marginalized groups in ways that formal legal equality couldn’t.” 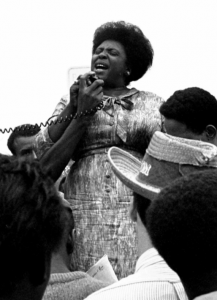 5. Fannie Lou Hamer was a civil rights activist who helped African Americans register to vote and who co-founded the Mississippi Freedom Democratic Party. Hamer dedicated her life to the fight for civil rights, working for the Student Nonviolent Coordinating Committee. This organization was comprised mostly of African-American students who engaged in acts of civil disobedience to fight racial segregation and injustice in the South. Along with her political activism, Hamer worked to help the poor and families in need in her Mississippi community. She also set up organizations to increase business opportunities for minorities and to provide childcare and other family services. She helped establish the National Women’s Political Caucus in 1971.

6. Constance Curry is an author and civil rights activist. From 1960-1964 she was Director of the Southern Student Human Relations Project of the National Student Association and became the first white female on the executive committee of the Student Nonviolent Coordinating Committee (SNCC). From 1964-1975, she was Southern Field Representative of the American Friends Service Committee. In 1975, she became Director of the Office of Human Services for the City of Atlanta. Her book, Silver Rights, won the 1996 Lillian Smith Award for non-fiction and recounts the story of one rural Mississippi family’s struggle for education and for civil rights during the 1960s. 7. Charlayne Hunter-Gault holds a place in Georgia civil rights history as one of the first two African American students admitted to the University of Georgia. Also known for her career as an award-winning journalist, Hunter-Gault is respected for her work on television and in print. Hunter graduated from UGA in 1963 and accepted her first job as an editorial assistant at the New Yorker. After advancing to the position of staff writer, she left the magazine to accept a Russell Sage Fellowship for one year, then worked as a reporter and evening anchor for WRC-TV in Washington, D.C., for another year. Hunter returned to print journalism in 1968, joining the metropolitan staff of the New York Times and establishing the newspaper’s Harlem bureau. In the 90’s Hunter-Gault moved to South Africa to be with her husband and became the chief correspondent in Africa for National Public Radio and later, for CNN. 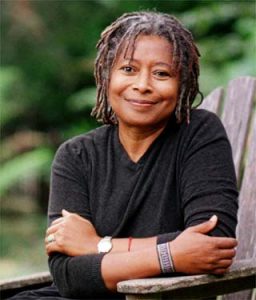 8. Alice Walker is an internationally celebrated writer, poet and activist whose books include seven novels, four collections of short stories, four children’s books, and volumes of essays and poetry. She won the Pulitzer Prize for Fiction in 1983 and the National Book Award. Her work has been translated into more than two dozen languages, and along with the Pulitzer Price and the National Book Award, Walker was honored as one of the inaugural inductees into the California Hall of Fame. In 2007, her archives were opened to the public at Emory University in her birth state of Georgia. 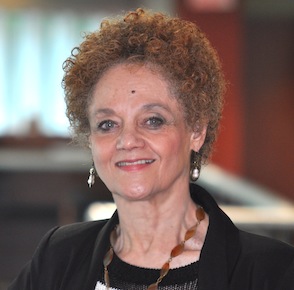 9. Kathleen Cleaver is a senior lecturer and research fellow at Emory University School of Law who has spent her life participating in the human rights struggle. In 1966, Kathleen Neal dropped out of Barnard College in New York to join the Student Nonviolent Coordinating Committee (SNCC) where she served in its Campus Program based in Atlanta. She then moved to the San Francisco Bay Area and from 1967 to 1971, she was the first Communications Secretary of the Black Panther Party. After sharing years of exile, in Algeria and France with former husband Eldridge Cleaver, she returned with her family to the United States in late 1975. At Emory, Cleaver has taught pre-trial litigation, professional ethics, torts, and legal history. Her current scholarship and teaching is focused on the U.S. law of citizenship and race. In 1993, she served on the Georgia Supreme Court Commission on Racial and Ethnic Bias in the Courts, and became a board member of the Southern Center for Human Rights. 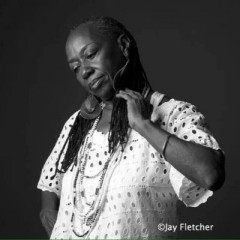 10. Iya Fulani Sunni-Ali was a civil rights activist with the Black Panther Party, as well as a citizen of the Provisional Government of the Republic of New Africa (PGRNA), which has historically sought to create a black nation in the five southern states of Mississippi, Georgia, Louisiana, Alabama and Florida.As a Party member, she not only sang with Miriam Makeba, a South African female singer, but she also protected Stokely Carmichael, one of the Black Panther Party leaders. For four years, she and Makeba performed professionally as singers around the world. She eventually became involved in developing and teaching as a volunteer instructor and taught courses on black history. 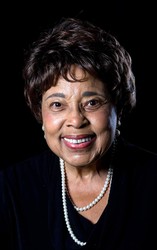 11. Dorothy Cotton was the Education Director for the Southern Christian Leadership Conference. In that capacity, she worked closely with Dr. Martin Luther King, Jr. and other civil rights leaders, directing the Citizenship Education Program. She later served as the Vice President for Field Operations for the Martin Luther King, Jr. Center for Nonviolent Social Change in Atlanta, where she was a leader and senior trainer for the Center in areas of nonviolence and empowerment for leadership. Under the Carter Administration, she served as the Southeastern Regional Director of ACTION, the Federal Government’s agency for volunteer programs. 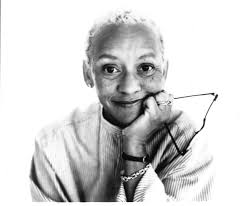 12. Nikki Giovanni is currently University Distinguished Professor at Virginia Tech, where she has taught since 1987. In 1960, she entered Fisk University in Nashville, Tennessee, where she worked with the school’s Writer’s Workshop and edited the literary magazine. After receiving her Bachelor of Arts degree in 1967, she organized the Black Arts Festival in Cincinnati before entering graduate school at the University of Pennsylvania and Columbia University. Giovanni is the author of numerous children books and poetry collections in which she reflects on the African-American identity. She was the first recipient of the Rosa Parks Woman of Courage Award. She has served as poetry judge for the National Book Awards and was a finalist for a Grammy Award in the category of Spoken Word. 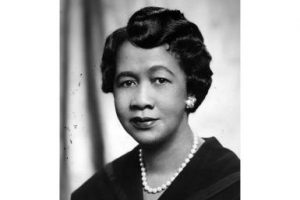 15. Dorothy Height was a civil rights and women’s rights activist focused primarily on improving the circumstances of and opportunities for African-American women. Height was a leader in addressing the rights of both women and African Americans as the president of the National Council of Negro Women. In the 1990s, she drew young people into her cause in the war against drugs, illiteracy and unemployment. The numerous honors bestowed upon her include the Presidential Medal of Freedom (1994) and the Congressional Gold Medal (2004). 16. June Johnson was one of the tide of young people–a mid-twentieth century generational shift–who emerged into civil rights activism and leadership.Johnson first heard about the Student Nonviolent Coordinating Council from a flyer given to her at a local church, and she snuck tovoter registration workshops in the evenings while her parents were at work. Johnson went on to organize both the Greenwood Voters’ League and worked with the Mississippi Freedom Democratic Party and Council of Federated Organizations. After she left SNCC staff, she worked as a paralegal and helped sue Greenwood and Leflore County for its racist practices. She served as the first Vice President for the Office of Early Childhood Development in Jackson and continued to assist numerous organizations for equality, both in Mississippi and in Washington, D.C., where she lived for several years. 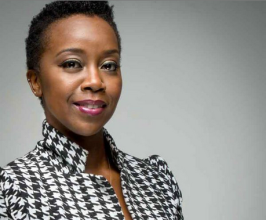 17. Margaret Kargbo was a young arts professional and community activist whose life was claimed by a tragic car accident in 2015. Kargbo studied marketing at Howard University in Washington, DC before moving to Atlanta. She was involved in a number of social programs and worked with numerous organizations over the years. From 2007 to 2011, she did public relations for the National Black Arts Festival and was the public affairs director of the nonprofit Women Engaged when she passed. She was also working on the project Wheel 2 Live, the board chair at C4, a founding member of The Ladies Board, on the selection committee of Idea Capital and an active volunteer with BURNAWAY.