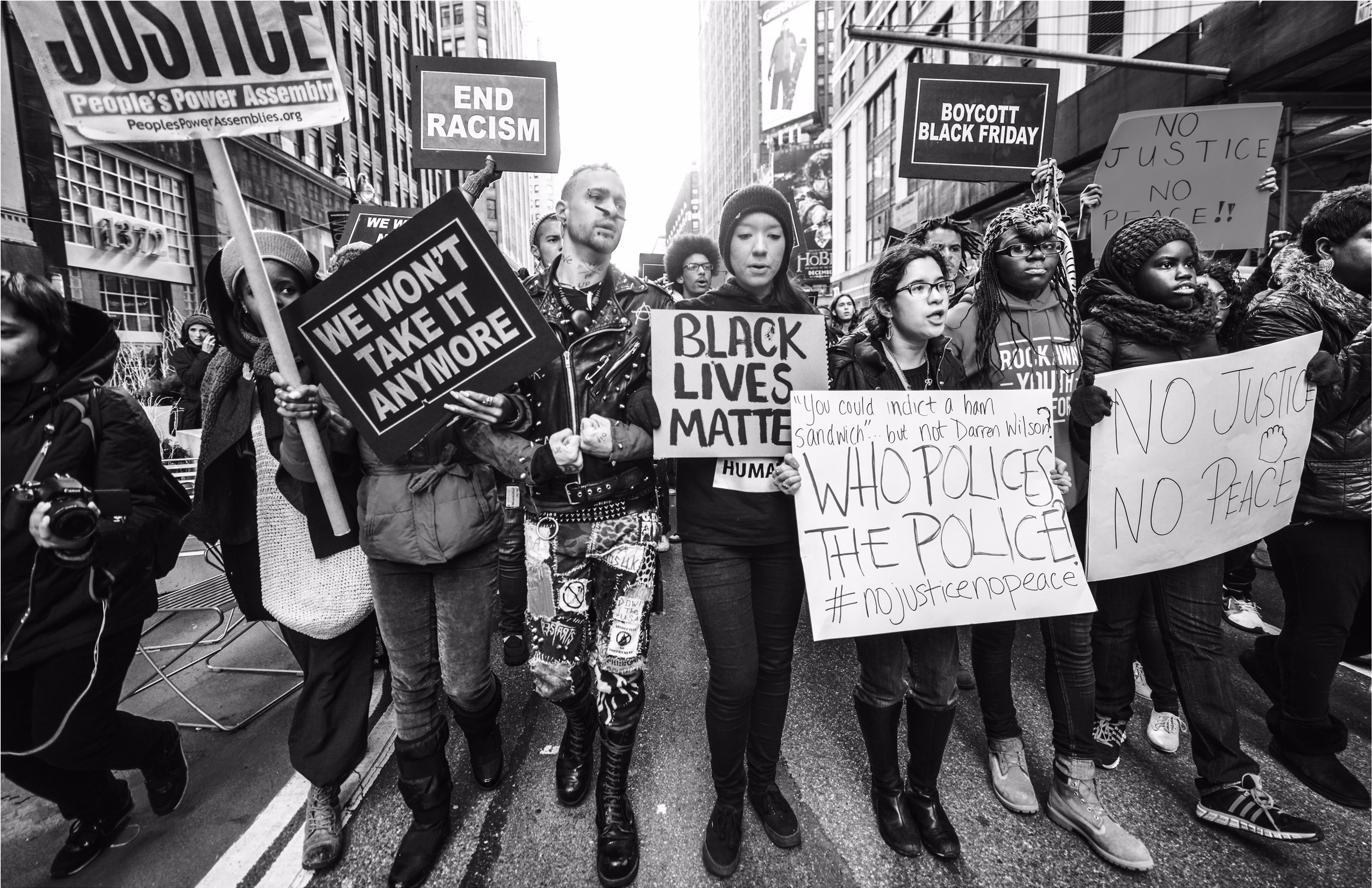 For this exhibition photographer Richard Allen DuCree selected a body of work acting as a visual bridge between generations engaged in movements for social justice. Invoking the memories of past struggles and accomplishments while firmly committing his eye to the unrest and civil rights issues of our contemporary culture, DuCree showed us all the face of our ongoing reach for peace, justice and true democracy. This visual retrospective encouraged an investigation into modern American practices and its relationship to its peoples.

Richard Allen DuCree is a photographer, architect and artist whose work has focused on social, political, spiritual and historical content. DuCree has found a passion of blending all three disciplines in his work as an artist. His style and method as a photographer is unique in that he approaches his subject as a photojournalist….”telling the story…. capturing a moment in time…..place and evoking a spiritual emotion”. Travel throughout the United States, Caribbean, Europe to Africa has given DuCree a unique global perspective. DuCree’s interests have broadened in recent years to include documenting the environment and the human condition. His most recent works includes an investigation into the Modern Civil Right’s Movement.  “ I Bear Witness” is a visual retrospective which encourages an investigation into modern history.

DuCree received a BFA in Design and African American Studies from the University of Massachusetts/ Amherst and his Master’s of Architecture from Georgia Institute of Technology. He has been a lecturer and Adjunct Professor in the School of Architecture at Georgia Tech. He has taught architectural design studios focusing on architectural problem solving with a focus of designing within the urban fabric of Atlanta. This included challenging his students to address and investigate social, economic and cultural issues.

His work has been featured in many publications including Martin Luther King JR., A King Family Tribute (Abrams, 2012),“ Stop Motion-Nelson Mandela.” ICG vol. 85 no. 02 (2014), “Never Forget – Sarah Jones.” ICG vol. 85 no. 11, “Dream Fulfilled- MLK.” ICG vol. 82 vol. Also, he has worked as a stills photographer for ESPN, CNN, SONY, AMC, NBC and many other national and international networks.