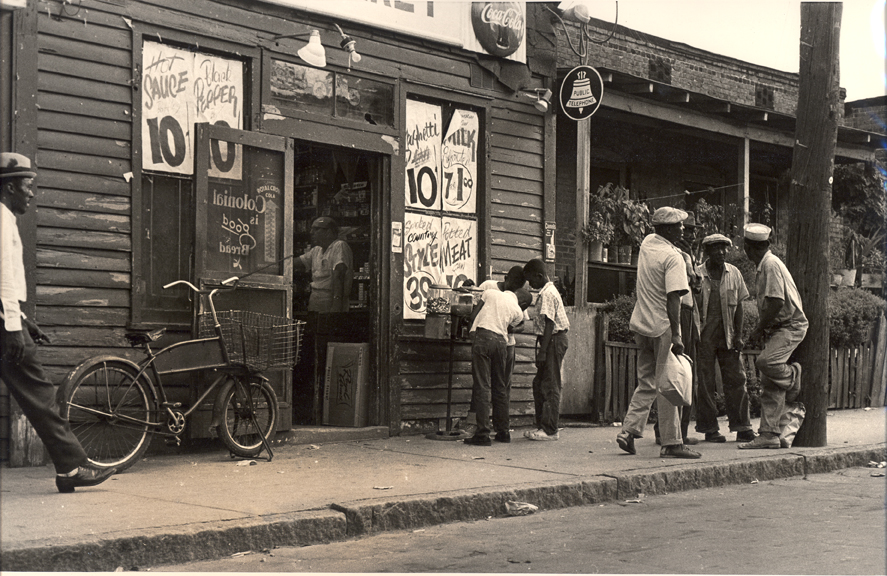 The City of Atlanta’s Gallery 72 will present the panel discussion: Memory, Race, and Erasure in Urban Atlanta on Friday, July 6 from 7 pm to 9 pm.

The panel discussion, inspired by Gallery 72’s current exhibition, “The Compassionate Eye in Forgotten Atlanta,” will include panelists, Paul Crater, Maurice J. Hobson, Kelly Kristen Jones, C. Rose Smith and Mtamanika Youngblood, who will discuss concerns regarding development, economics, and race in Atlanta. Stop by Gallery 72 on July 6 for our artist talk and come see the current exhibit, showing until August 10.

About “The Compassionate Eye in Forgotten Atlanta” by Rusty Miller
Russell “Rusty” Stough Miller (1933-1992) grew up in Atlanta and decided he wanted to be a commercial photographer rather than work in the family printing business. Rusty Miller followed his personal passion on the weekends by documenting the people who lived in Old Fourth Ward, Vine City, Summerhill, Washington-Rawson and Buttermilk Bottoms, where there were unpaved streets, electricity was rare and life went on as usual, outside of the turmoil during the 1960s Civil Rights Movement activities in downtown Atlanta.