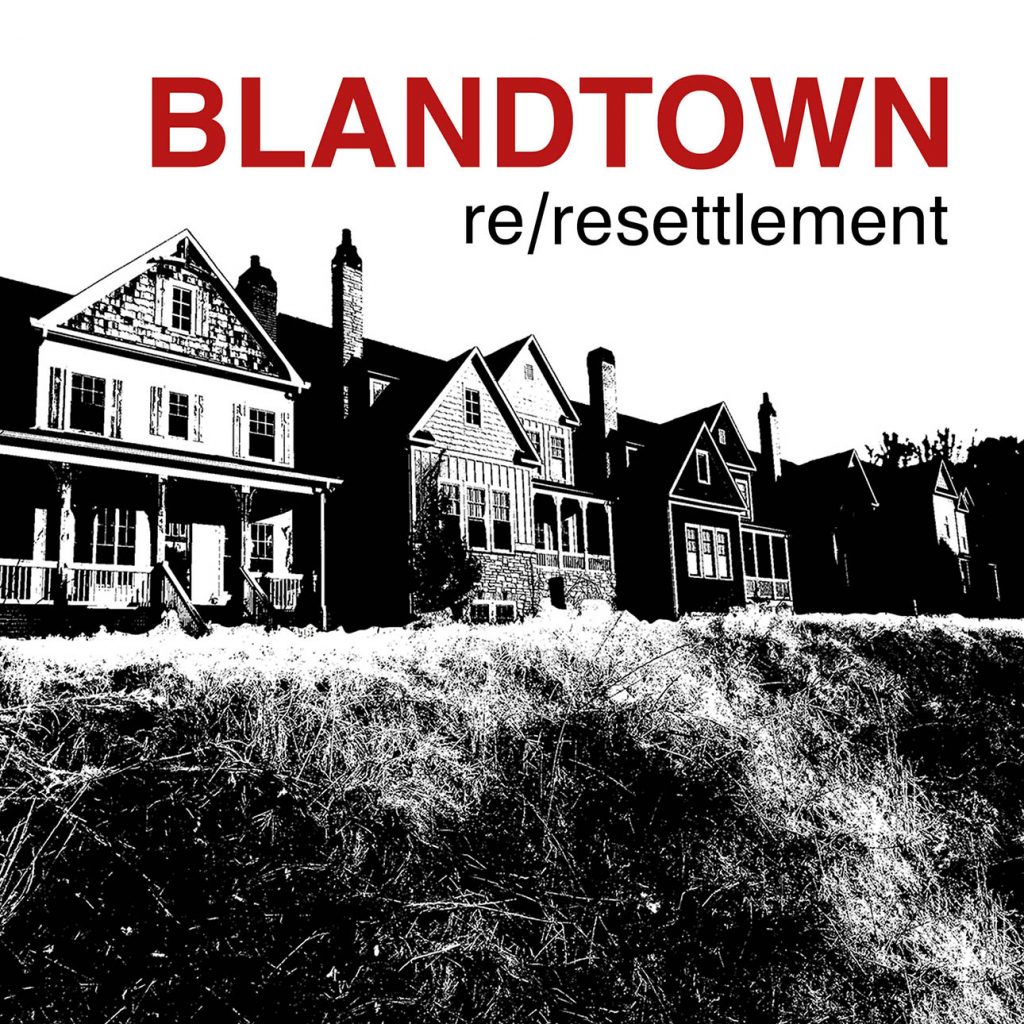 Opening on October 10, artist Gregor Turk explores the maligned neighborhood of Blandtown through “Reclaim /Proclaim [Blandtown]”, an exhibition at Gallery 72. Through a combination of sculptural installations, works on paper, and photographs. Turk provides insight into the community’s obscured history, playfully skews the neighborhood’s derided name, and raises a critical eye on the area’s rapid transformation.

In 2003, Turk purchased a house in the neighborhood and repurposed the cinderblock building as his studio. Today, that structure remains as one of the last four original houses still standing in Blandtown. The exhibition focuses on the demise and resettlement of the residential core of the neighborhood, exploring the shapes of both the original and newly-constructed building footprints. Turk produced several series of artwork in response. Much of this work was fabricated with reclaimed building materials from the new residential development surrounding his studio.

As the title indicates, Turk’s exhibition serves to raise awareness of the Atlanta neighborhood with its often-disparaged name. Better known as part of the Westside, Midtown West, and/or West Midtown. The area has a bit of an identity complex, further complicated by developers applying additional monikers to rebrand sections of the neighborhood (Huff Heights, Huff Trail, West Town, etc.) all while avoiding incorporating the proper name, Blandtown, which was named after freed slave Felix Bland.

Originally an African-American community comprised of two to three hundred homes, the neighborhood was strategically forced into decline through rezoning to an industrial district in the mid-twentieth century. Turk presents Blandtown as a case study for current development issues relating to the greater city: legacy housing, gentrification, and conflicts resulting from the proximity of residential and industrial land use.

The exhibition will open October 10, 2019 and run through November 22 at Gallery 72, a municipally owned art gallery located in the heart of downtown Atlanta at 72 Marietta Street. Gallery hours are Monday through Friday from 10 am to 5 pm. For more information, please contact the gallery curator, Kevin Sipp, for more information at 404-546-3220 or KSipp@AtlantaGa.Gov.

About the Gregor Turk:

Known for his public art installations, sculpture, photography, and mixed-media constructions, Gregor Turk often incorporates mapping imagery, signage, and cultural markings into his artwork. He has permanent public art installations at the Atlanta and Jacksonville airports as well as at the Metropolitan Library in Atlanta. His work is in the JPMorgan Chase Art Collection, High Museum, MOCA-GA, and numerous other public and private collections. Turk grew up in Atlanta, received his B.A. from Rhodes College in Memphis and his M.F.A. from Boston University.  Between degrees he served as a Peace Corps Volunteer in Liberia.