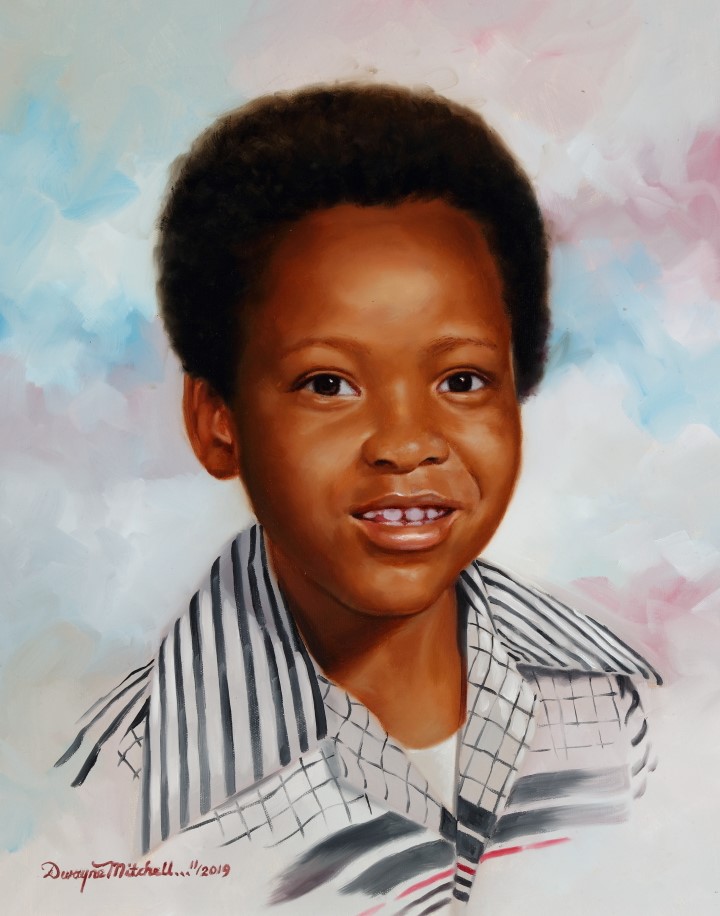 Portrait of Clifford Jones by artist Dwayne Mitchell, one of a series of portraits that will be apart of the Atlanta Children’s Memorial Portraits collection.

“This Atlanta Children’s Memorial Portraits exhibit at Hartsfield-Jackson, one of the busiest airports in the world, will honor these kids and be of great comfort to many of the families and residents of Atlanta,” said Mayor Keisha Lance Bottoms.

Selected from a competition of over 100 regional visual art professionals, artist Dwayne Mitchell was commissioned to create 30 portraits memorializing each victim of the Atlanta Child Murders.

The OCA will exhibit Mitchell’s completed portraits at Hartsfield-Jackson in the Domestic Terminal atrium with a companion catalog. After the exhibit, the artwork will transition into the City’s Public Art Collection.

The Atlanta Child Murders were a series of killings committed between 1979 and 1981. At least 30 African Americans—mostly children and adolescents—were targeted.

the lives lost during one of the City’s darkest hours. To learn more about Dwayne Mitchell and his art, visit www.dartportraits.com.