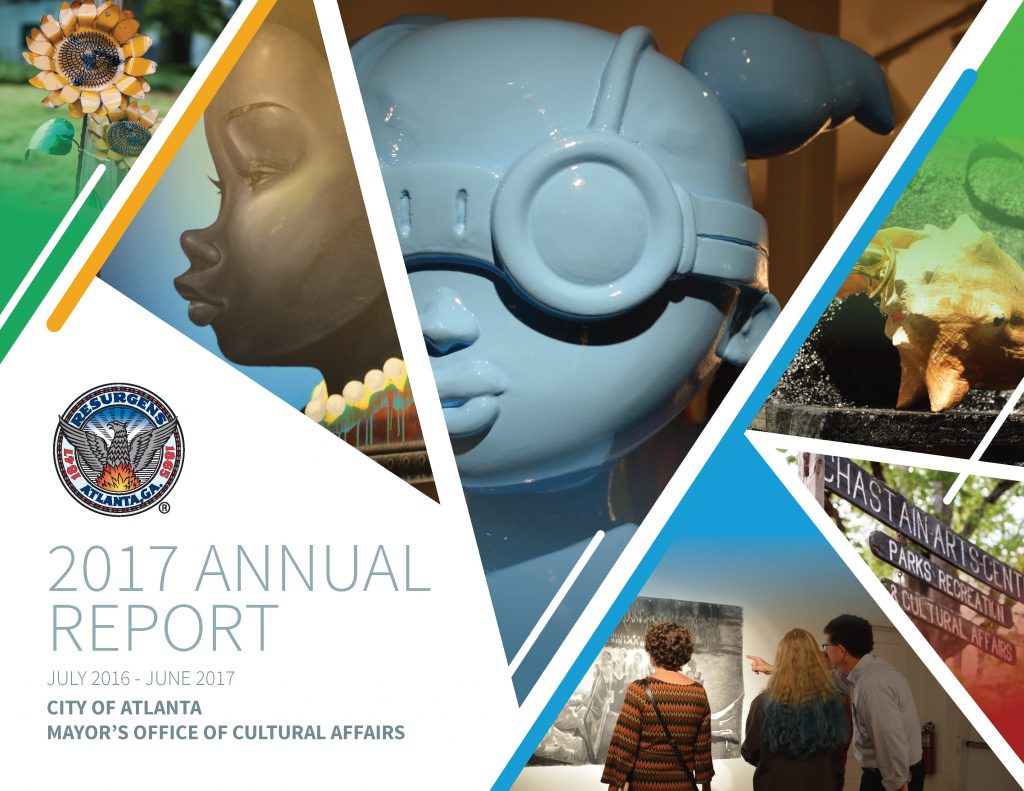 The report also demonstrates the collective impact of the OCA, whose subunits include Gallery 72, Chastain Arts Center, the city’s Public Art Services, and the Atlanta Jazz Festival, just to name a few, which generates surprising fiscal value for metro Atlanta in the form of approximately $15 million in economic impact to the city through its annual Atlanta Jazz Festival and ELEVATE temporary public art festival. Furthermore, the report reveals the direct and indirect benefits the OCA provides Atlantans through its various programs, such as the more than 30,000 Atlanta Public Schools students it engages annually via its Cultural Experience Project (CEP).