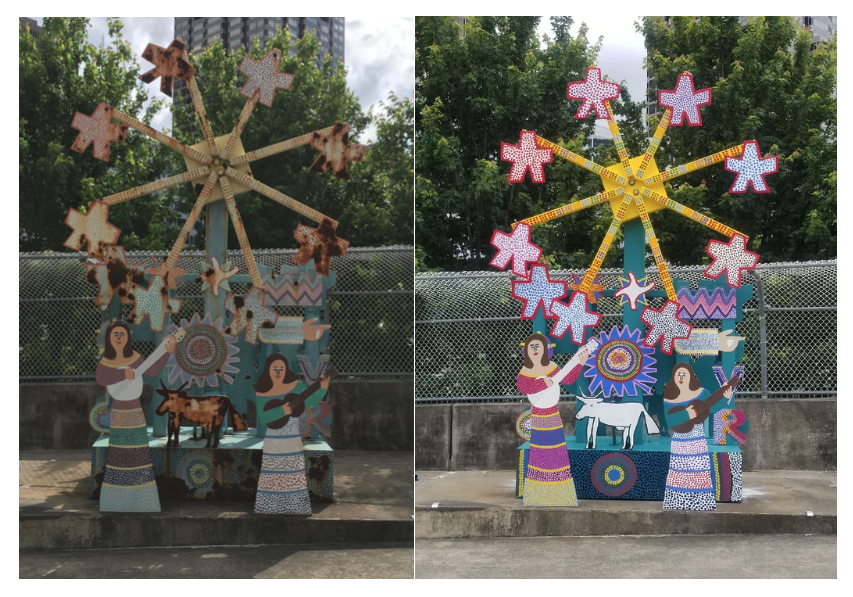 “Guitar Girls” by James Harold Jennings before and after restoration.

Partnering with the Georgia Department of Transport, the Atlanta Downtown Improvement District, the Community Foundation, and Renew Atlanta, the Public Art Program’s Conservation and Maintenance Team has worked to restore the site’s original polish.

Since the initial phase of the restoration, each piece in the collection has undergone extensive restoration in order to revive the voices and visions of these works of art amidst the bustling activity of urban life.

Adorned by the windmill-inspired artwork of Vollis Simpson and James Harold Jennings, the southwest corner of the Ralph McGill Boulevard and Courtland Avenue intersection was the final phase of the restoration. In July 2019, local artist and art restorer Jeffry Loy, and his team, dismantled Vollis Simpson’s four “Windmills” and spent the next six months working with art re-finisher Jan Riley to restore each installation off-site. The four windmills were then reinstalled at the intersection in December of that year.

Shortly afterward, Loy and his team disassembled the final piece in the restoration, James Harold Jennings’ “Guitar Girls” and its accompanying archway, in February 2020.

Loy and Riley again worked together to restore each artwork and finish the restoration. Following the four-month restoration process, the artworks were re-installed in June 2020. 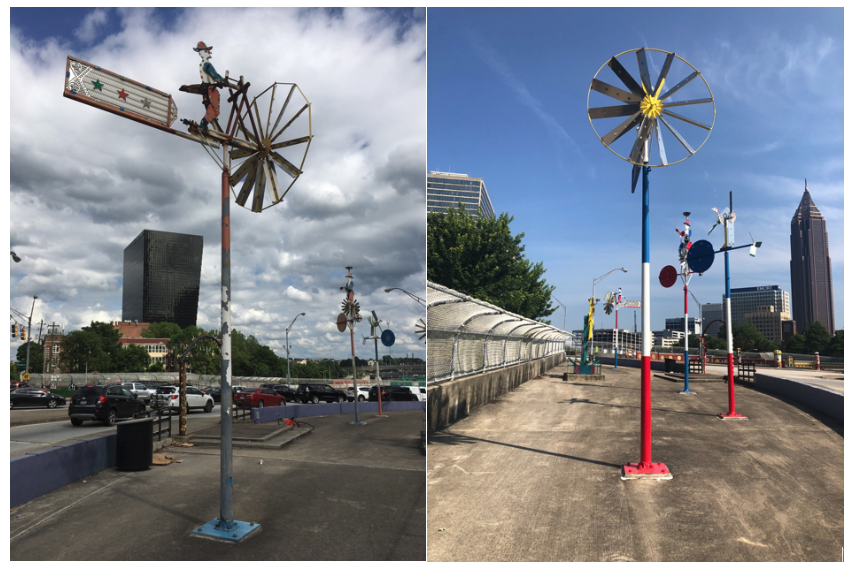 Vollis Simpson’s “Windmills” before and after restoration.