Artist Spotlight is a monthly highlight of the work, process and artists featured in the Office of Cultural Affair’s Public Art Registry.  The Public Art Atlanta National Registry serves as the preferred list for soliciting artists for major and minor public art commissions and direct purchases of artworks for the City of Atlanta, while also serving as a qualified professional Public Artist list for additional commissioning agencies.  Currently the Registry boasts full portfolios and resumes of over 300 professional public artists and is dedicated to expanding the scope of public artwork in Atlanta. 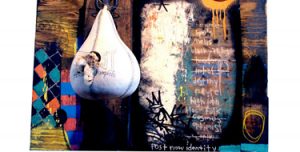 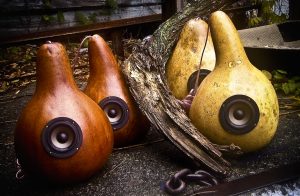 A skilled multidisciplinary artist and colorful personality that has established himself as a preeminent creative, with an uncanny ability to inspire an urbanized aesthetic that is innovative, challenging and thoughtful. The works allude to conditions both physical and psychological. His work is a proclamation of strength, perseverance and remembrance.
Michi is a creative mentor in the Fulton County Arts and Culture program Art@Work. Michi Meko has been an artist in residency at The Contemporary Arts Center Atlanta. Michi has been exhibited throughout the United States from Chicago to Art Basel. Meko has received a Dashboard Co-op Residency. Michi Meko has been nominated for an USA Artist Fellow and has been awarded an Idea Capital grant, A Flux Project grant, A Beltline Grant. Michi’s works have been commissioned and included in many private and corporate permanent collections Scion Toyota Motor Company, Red Bull, Project Alabama, King & Spalding, and the CW Network. Michi Meko’s works are represented by Alan Avery Art Co.

Let’s start off with who you are and what type of work do you do?

Michi Meko I am a Multi-disciplinary artist. My working mediums exist in the painted, sculptural, and sound installations. I make narrative base works that involve personal histories while exploring southern culture and contemporary urban cultures and sub-cultures. I guess I’m a raconteur griot type. I am so interested in alternative ways of communicating mark making; this is what I call an Alabama Rough Touch Or A.R.T.

Your work is very much influenced by the broad cultural essence of the South, both in a contemporary and historical sense. In what way do you believe Atlanta’s own distinct Southern vernacular plays a role in your work? The work derives its Atlantaness from my participation and exploration of Atlanta’s contemporary urban sub culture. My works pulls some of its mark making language from Graffiti Writing and art vandalism. It’s also possible to read the works from the Atlanta music culture. I also continue to look back to go forward. History is an important part of my narrative, but I’m living in the now and communicate this through layers within the works.  I try to find narratives that can exist as history but have this futuristic outlook. I am interested in the cities gray areas. These are the areas like Ponce, Boulevard and Monroe. These areas are heavily layered interactions much like my work and the functions of my studio practice.

Do you think that if you lived in a location other than the Southern United States, that this context would change any, or do you believe that your southern upbringing has planted a permanent seed in your observations as an artist and the topics you choose to tackle? I can never not be who I am, that’s the beauty of cultures. We have to be ourselves and operate accordingly embracing and celebrating our cultures’. The failure to embrace cultures also appears in my work. Cultures can be influenced by outside forces and experiences which can and will make the artist grow and question them and their practice. Travel and reading helps a lot with gaining new perspectives. If I travel yes, the work will change but the early influence of my experiences will all ways be within the artist.

Tell us a little about the objects that you use in your work. Do you respond first to the object itself, and then deal with the cultural implications of the materials or do you first decide on the story and then let the objects surface as you piece together the narrative? For me, it’s important to form a relationship with my objects. I have a route that I travel to gather my objects from certain neighborhoods. Once I gather, I began to sit with the objects and have a conversation. For me, it’s not a random put something here or here and hopes for a good piece. It’s a process and it’s thoughtful and made too look effortless and random but, it is ritual in many ways. It’s during this process is where the spirituality and magic may or may not seep into the works. After this process the objects honestly arrange themselves. We have had our conversations and it’s time to apply it within the process of object making. I also look for objects that have a loaded history or a perceived history. Plus a good sense of art history, street histories , philosophy and design also helps.

In which ways do you believe the public has an impact on your work?

Public art is important for me because I enjoy seeing the works along my routes of travel in the city. They offer a moment of reflection a chance to escape the city and question the city at once. It adds flavor to the city. I also enjoy the works because I know some artist has gotten funding for their project and that gives them life and me as well. Like hey maybe one day I can create a big sculpture in the city.

How important is art funding for you as a working artist? Art funding is the start to developing a practice that one can truly began to realize projects without cutting corners. It’s hard to maintain a studio practice and the funding can help relieve some of the stressors. It provides life to scene and the city. More artist will continue to stay in the city instead of moving to more art friendly cities. Without the funding we loose the flavor of the city and that’s the artist.

What other projects or exhibitions do you have planned in the coming year that you are really excited about? I recently received representation by Alan Avery Art Company in Buckhead; I will be having a solo show with Alan Avery in July. I’m nervous and super stoked at the same time by this opportunity and hope it will lead to more projects. I am also on schedule to go to Detroit to produce a huge project. I will be traveling down to Florida for a project as well. I want to get back in the streets this summer for fun after my solo and commissions to crush some public walls. I will be continuing to do beach travels and grow my Cast Iron Cruise Line skillet boats photography project, I have some ideas for sound projects involving marching bands, mass choirs, and preachers that I would like to get funded as well. I will be fishing a lot too. I am also determined to complete a project that I fell behind on so I have to complete that obligation because I feel really bad about the slow follow through. I guess I’m just looking forward to being busy.